Blueprint Variables allow your code to accept user input through the Shipyard UI that gets stored and made available to your code as an environment variable.

A Blueprint can contain as many variables as you want. Blueprint variables can also be re-ordered to make it easier for users to understand.

A user who creates a Vessel from your Blueprint will provide their own values on the Input panel for Blueprint Variables that you define. Those user entered values then become available at runtime.

A required string of letters and digits. This name will be shown to a user on the input panel.

This name will be translated into an environment variable with the same name, used to reference the input data in your script.

A required high-level choice that helps provide validation for the user input. The following are the currently available variable types:

Regardless of which variable type is selected, the user input will always passed back to your code as a string. Your code will need to appropriately translate the input into the required data type.

A field that provides a mechanism for defining the default value that should be passed to the code if the user does not specify one when creating the Vessel. This field changes based on the variable type selected and is required for the Select variable type.

Indicates whether or not the user will have to provide this value in order to build a Vessel successfully. Presents the user with an error message if the field is not filled out.

An option field to show greyed out text in the input field before the user provides input. Helpful for providing example values.

Text will display in a tooltip next to the variable name. This should be provided for ease of use, letting users of your Blueprint know what value should be input and what your Blueprint is going to do with that value.

You can obtain the variable's value via either the arguments or as an environment variable by referencing the variable using ${variable_name}. The variable name will exactly match the Blueprint Variable's Reference Name.

For example, if a variable's reference name is Operator_A, then you would reference it by typing${Operator_A}.

If you reference a ${variable_name} that does not exist, the value will be returned as None.

We recommend this option, as it makes it extremely clear which variables are being passed to the script and how they are being used.

Make sure not to set any variables to important environment variable names like PATH or HOME unless you really know what you're doing.

One of the benefits of using Blueprints is that updates made to the Blueprint get made to every single Vessel built with that Blueprint. However, changes to the Blueprint could result in errors when your existing Vessels run if you're not careful.

If you add or remove an input on an existing Blueprint that's already used by other Vessels, we do our best to get you out of trouble and keep your Vessels running smoothly.

In all of the above instances, these Vessels will throw a warning that encourages you to update the Vessel. Changes to a Fleet cannot be saved until these issues are fixed. 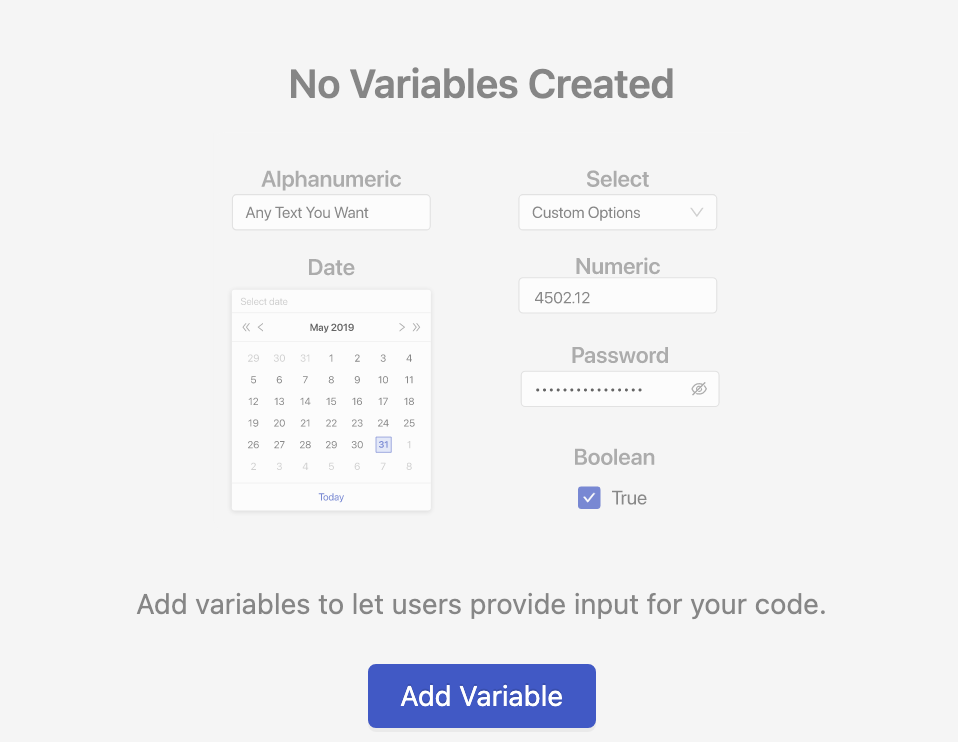